Sometimes the second time's the charm. My first attempt at the racing stripes ended in teeth-gnashing frustration and after at least three repaints, I sjhelved the project for months. This time, after learning from my heinous mistakes, I succesfully striped the thing without needing a stiff drink or anger management therapy. Check it out: 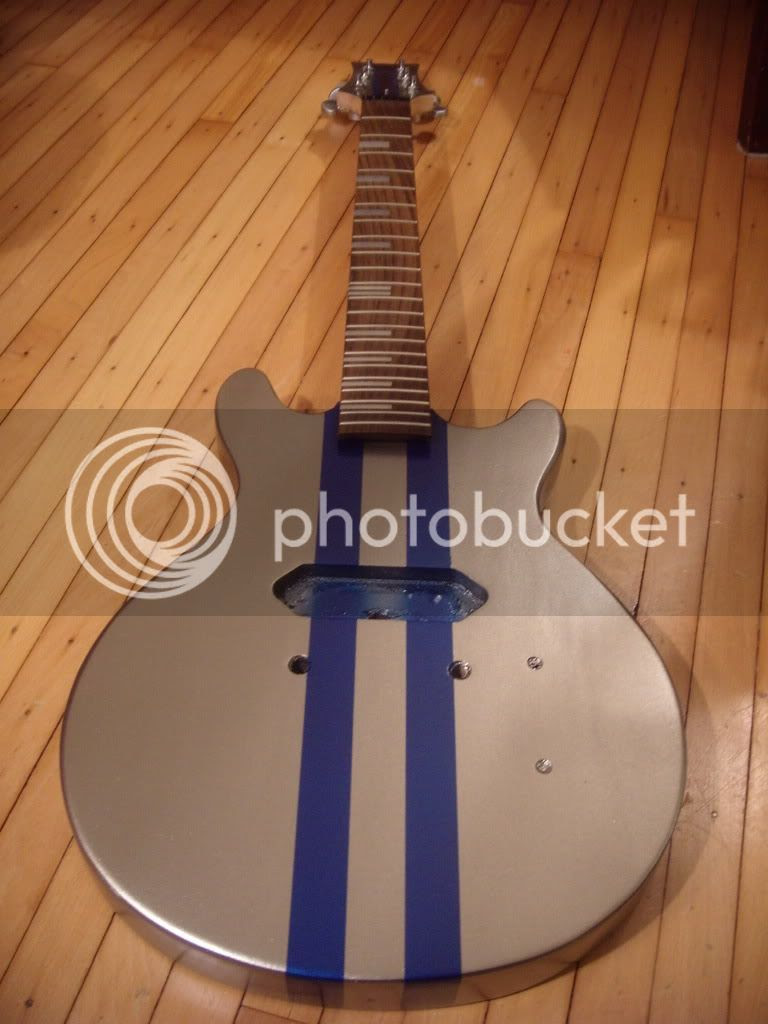 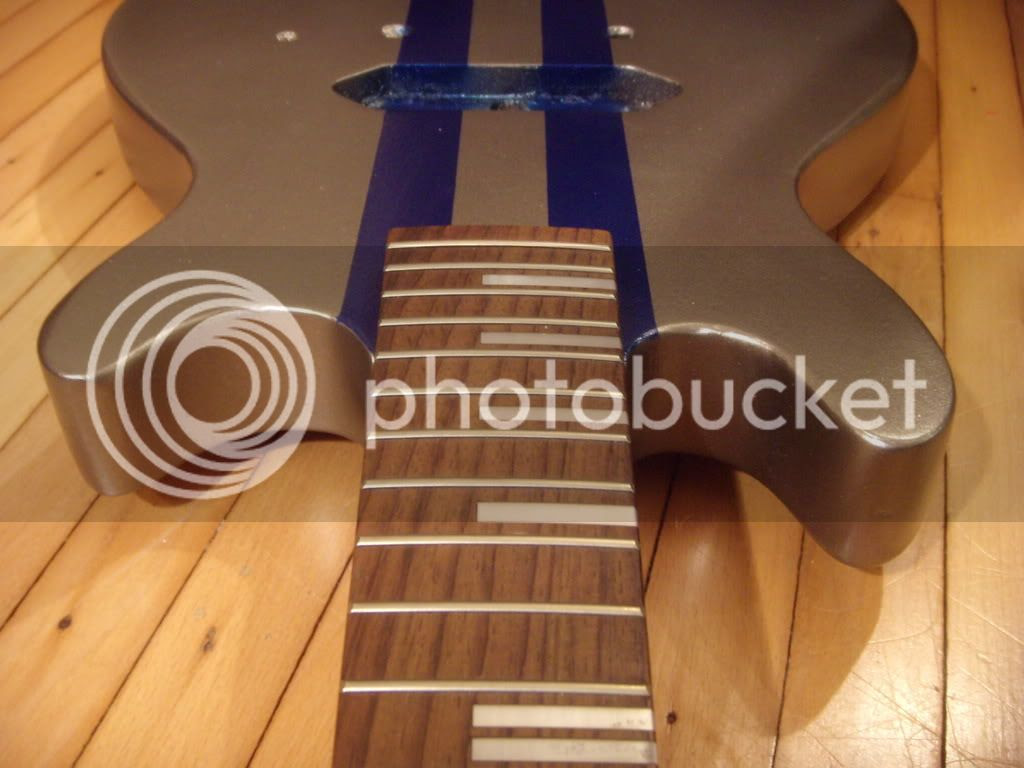 No, I did not go all the way around the body with the stripe. I ended it at the edge of the horns but ran it around the side of the body almost to the back. At this point in the 2+ year history of this project, I'm taking the fewest chances possible to screw it up. If I have to strip it and repaint it again, I might just set it on fire and smash it with a hammer until somebody calls the cops. It's a bit of a cop-out, but I'm happy with it, and the sooner I can start clear-coating it, the better. The stripes themselves were eyeballed - no measuring at all, just tape, spray, and pray. I think I nailed it.

I've used pretty much everything imaginable on this body to strip and re-strip and re-re-strip it after screwing up the paint. Belt sander, random orbital sander, every size, shape and grit of sanding sponge, block sander, chemical stripper, heat gun, a bunch of scrapers, steel wool, naptha, and random objects from around the house that i wrapped with regular old sandpaper. If the clear coating goes well, God willing all I have to do is wet sand it, polish it and put it all back together.

Here's are some pre-clear mock-up shots: 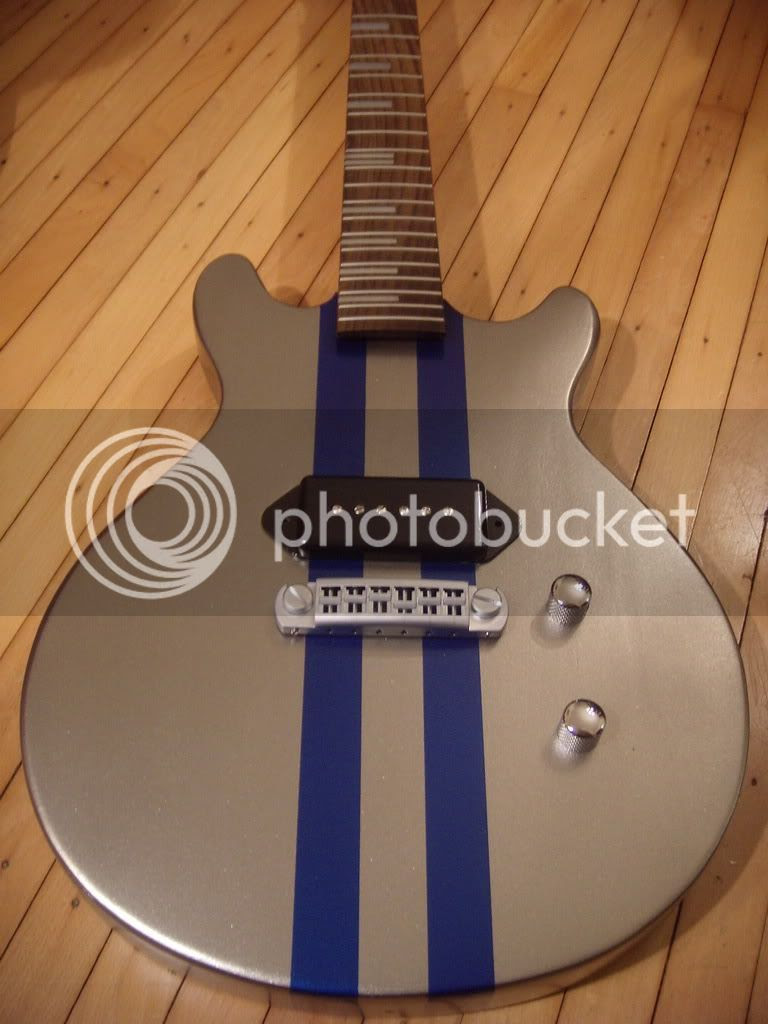 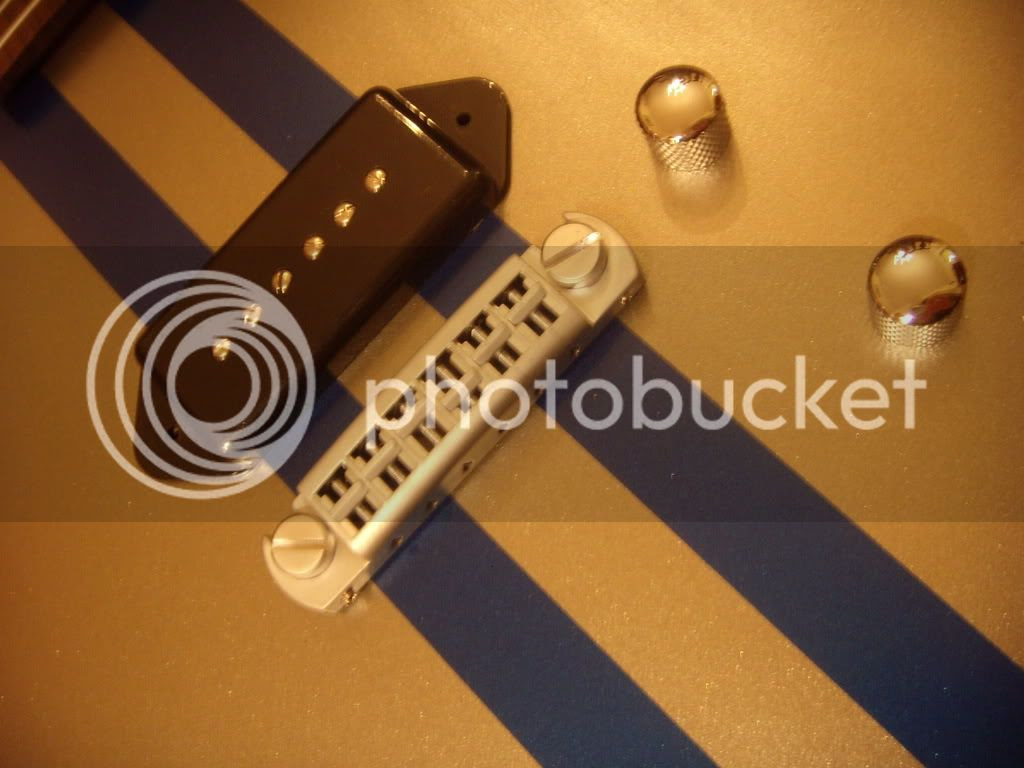 The next update for this project will be the completed pics and history of the project, which started in November of 2006.
Posted by Bryan at 1:19 AM

You have a talent, chief. That's slick. Makes me wish I played!