Here's the prototype for the DOD 250-based OD pedal I'm working on. My plan was to keep the stock 250 specs but have a footswitchable "hot" mode that swaps out a resistor for higher gain and turn on a LED indicator. Here's what it looks like so far. I used a 1590 enclosure so I could fit the extra stomp switch.

The knobs are gain and level, the left switch turns the pedal on, athe right swiutch activates the higher-gain mode. If you;re in the "hot" mode The red LED stays on even if the pedal is bypassed, so you know what to expect when you turn the pedal on again. 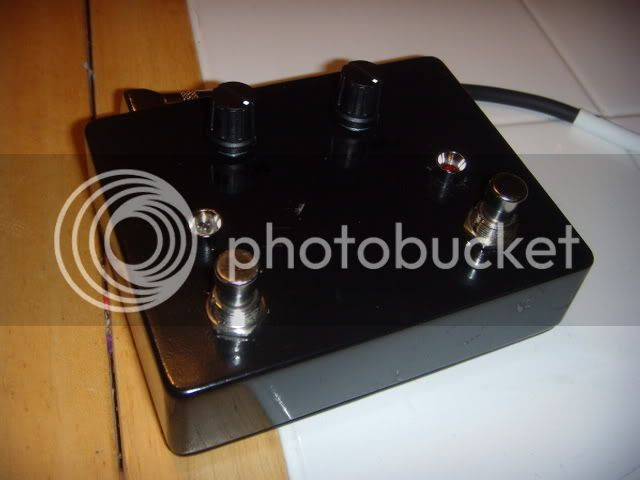 The guts are messy, but the next build should be much cleaner. 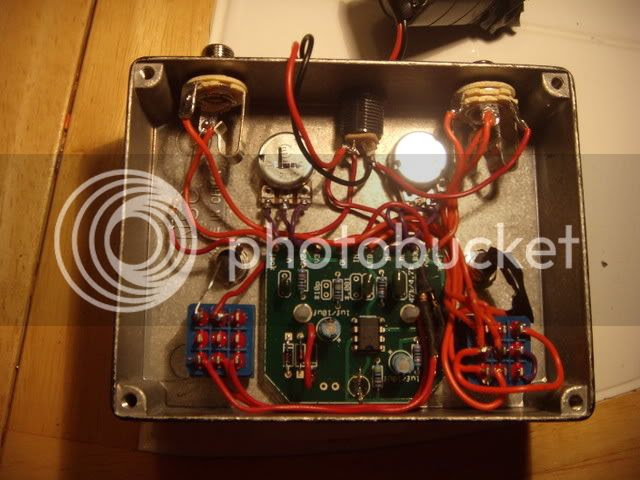 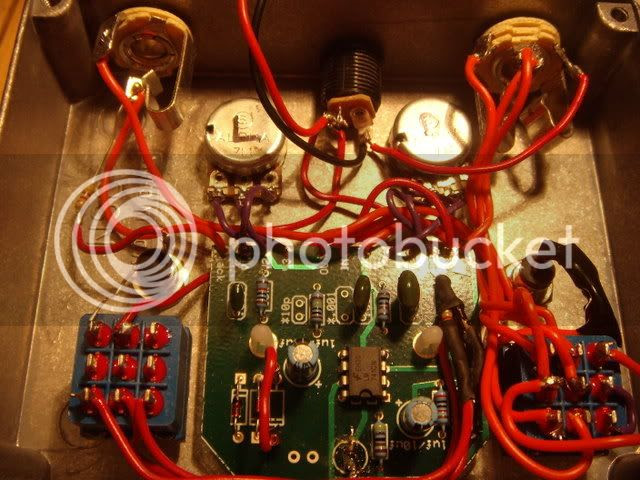 Still trying to decide where I want to go with this. I have one more component I can switch out with the second footswitch, so maybe mess with a cap value to add bass, or see if I can swap a clipping diode. More experimentation and more beer is in order.
Posted by Bryan at 10:51 PM No comments:

Here is the result of two brilliant minds and some Smuttynose IPA: The Cut-Off Switch. Mike from Brooklyn was using a broken Morley wah/volume for a "stutter" efffect in his Sonic Fiction bass/spaceship live rig. I said " why not build a momentary switch thingie and you could clear some space on your pedalboard" The lights went on, and after some brainstorming and lots more IPA, here it is in all it's hacked-together glory, built to Mike's inexact specs.

Built from an enclosure I was going to use to house the Confidence Boost, I dropped in the momentary switch I got from Small Bear Electric, and some assorted Radio Shack Parts. I hastily sprayed some sparkly blue paint I had left over from the Timmy GT project and Sharpied on a "73" logo. Very unprofessional. 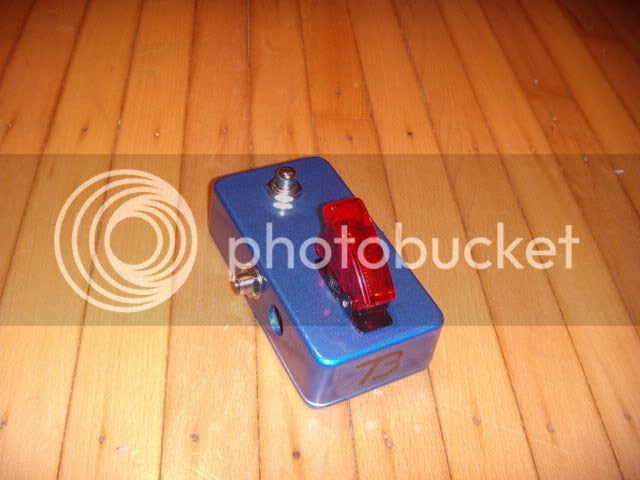 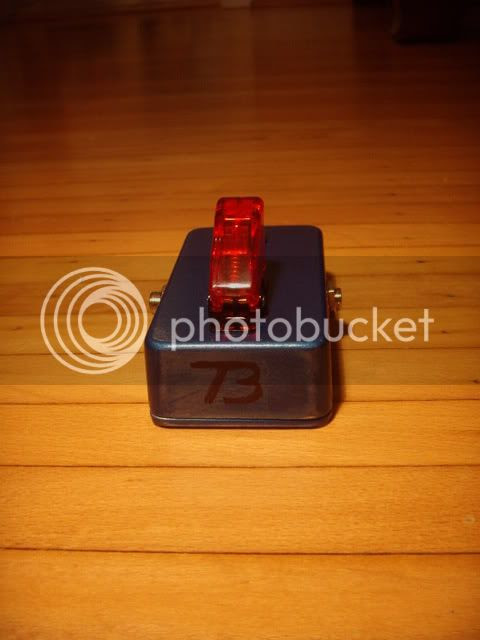 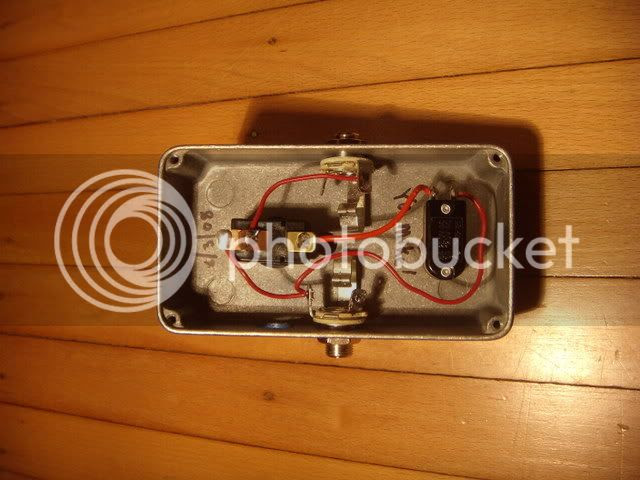 Here's the thing in action:


Mike decided on the fighter-plane toggle vs, a stomp switch. I kinda like it, reminds me of the nitrous setup I had on my old Cobra. Got some wiring assistance from the boys at BYOC, so thanks!
Posted by Bryan at 2:11 AM 1 comment: